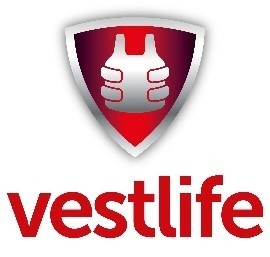 Protective clothing is designed to protect soldiers against ballistic threats. The demands on protective clothing are strict but above all contradictory, as they require a combination of optimum protection, coupled with comfort. While denser, waterproof textiles increase protection, they are uncomfortable and this makes the design and development of effective protective clothing a complex problem. Creating the ideal garment for a specific mission requires optimisation between physiological load and protection. System requirements following optimisation will lead to mission-specific requirements for subsystems and clothing materials. Current commercially available ballistic systems have several disadvantages, mainly weight, but also low flexibility and design deficiencies due to differences in anatomy, protection approaches based only on kinetic energy threats and limitations in the use of CBRN agents (chemical, biological, radiological, nuclear).

VESTLIFE aims to develop a new lightweight modular integral solution for ballistic protection, integrating a CBRN detection system. The garments will enable a larger area of the body to be protected while maintaining comfort, as well as weight reduction of the ballistic panels, thus ensuring optimal balance between protection and comfort, adapting the protection surface to the predicted risk of the mission. The project aims to develop different types of ballistic protection armour with advanced performance characteristics. The protection system will consist of different levels, mainly flexible panels for low and medium ballistic protection levels and rigid plates for higher levels. Finding the sweet spot between comfort and protection will help in designing the optimal architecture for the materials on the body. A software model will provide these data, which will be used to define clothing architecture, which will in turn, be created in the integration step to validate the performance of the garment.

To this end, nine work packages have been established – seven of which are technical, to define requirements for system protection, modelling and design of solutions, development of new textile structures, ballistic polymer composites and advanced ballistic ceramics, integration of materials and CBRN systems and validation of solutions. Transversal actions such as project management, exploitation and dissemination are included in two work packages for the duration of the project.

During the initial stages of the project, the regulations and requirements were defined, along with the reference climatological conditions on which to act in order to improve the bio-thermal comfort of the soldiers. In parallel, work began on the development of the different ballistic solutions suitable for different levels of requirements.

The project is currently in its final stretch, while the European Defence Agency (EDA) has granted it a six-month moratorium due to the delays that the pandemic has inevitably caused.

Different types of ballistic panels have already been developed and validated, which can be classified thus:

Once the quantification of the ballistic behaviour was completed, and after verifying the improvements obtained in each of the developments, both against the impact of a bullet, and in weight reduction (in comparison with the current vests), we proceeded to integrate the panels and accessories into vest garments. This created the complete modular protection system in which, apart from the ballistic vest itself, the neck guard, side and shoulder panels the protection for the pelvic area stand out.

Similarly, work has been done to integrate a chemical and biological contaminant sensor into the garment that can alert soldiers to the imminence of a threat that is now almost as dangerous as firearms.’

The degree of comfort is currently under evaluation via two complementary approaches: on the one hand, by using an exercise protocol in a simulated environment with military personnel at the Escola das Armas in Portugal, and on the other, at AITEX facilities in a climatic chamber under the climatic conditions set in the initial tasks of the project, using the Thermal Perspiration Manikin.

This project has received funding from the European Union Preparatory Action for Defence Research – PADR Programme under grant agreement No 800876 [VESTLIFE].

This publication reflects the views only of the author and the EDA and the EC are not responsible for any use that may be made of the information contained therein.

Would you like more information about the project? Fill in the following form